​Download a PDF of this One Water Spotlight here.

Celebrating Forty Years of Partnership with the City of Boston

As it approaches its 400th birthday in 2030, Boston is undergoing an amazing renaissance. To many, it’s no coincidence that the Boston Water and Sewer Commission (BWSC) – which just turned 40 –  was born at about the same time the old town began taking on new life.

Like many of its peers, Boston struggled financially during the seventies. In July 1977, legislation was approved creating BWSC as a quasi-public agency given total control of Boston’s water, sewer and stormwater management systems, relieving the municipality of a job it could no longer adequately perform.

Since then, BWSC has consistently delivered high quality water and efficient sewer services to a revived city hosting over a million residents and guests daily. Notably, it has done so by running a tight ship fiscally, giving BWSC the opportunity to innovate.

BWSC faced large challenges from the outset. BWSC’s Executive Director Henry F. Vitale recalls, “Boston’s water and sewer works were once internationally renowned but aging badly by the 1970s. At that time, the City simply didn’t have the resources to keep up.”

Overhauling water and sewer systems, which had fallen into dire straits, would be a major focus, and BWSC got right to work assessing and updating aging systems. The achievements are impressive: in BWSC’s 40-year tenure it has re-laid or relined over 500 miles of aging pipes and, in conjunction with the Massachusetts Water Resources Authority (MWRA), BWSC has eliminated 81 miles of combined sewer overflows to Boston Harbor. 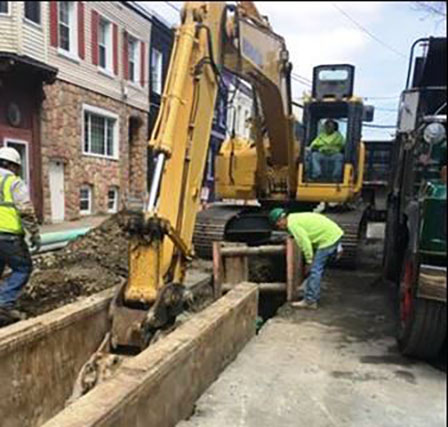 Some early fixes were basic yet essential, including the launch of an aggressive leak detection program. In the 1980s, nearly half the water Boston purchased went unaccounted for. By 2014, BWSC was purchasing 63 million gallons per day and getting paid for 54 million gallons per day, an 86 percent return rate and a vast improvement over the costly, wasteful past.

BWSC has long shown leadership in environmental protection and management. After years of neglect and inability to stem pollution of Boston Harbor, the 1980s and 1990s saw changes in law, policy and public investment to transform the Harbor and surrounding waters back into something special. In 1995, the EPA set a goal of making the iconic Charles River

swimmable by 2005. BWSC, in partnership with federal, state and environmental agencies, had already been working to reduce levels of pollutants in the Charles and other waterways, including Boston Harbor, by eliminating combined sewer overflows and redirecting stormwater runoff. In 1996, then Governor William Weld jumped fully clothed into the Charles to make a statement about public sector commitment to the ongoing cleanup. From its beginnings, BWSC’s focus and efforts have been an integral part of the cleanup of all of Boston’s waterways. 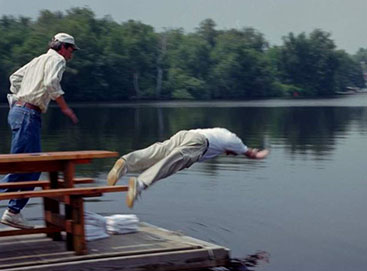 Over time BWSC’s programs and technologies have set the industry standard. In 2005, BWSC created a grant program to remove lead service pipes – 11 years before the Flint crisis brought lead to the nation’s full attention. When Flint broke, BWSC’s track record on lead was so strong that Boston Mayor Marty Walsh doubled this grant to $2000 per qualifying household (with liberal financing terms for any balances), confident BWSC could help expedite his lead removal policy goals.

In addition to BWSC modernizing systems laid out in the 19th century, the Capital Improvement Plan (CIP) has also catapulted the agency into the 21st century, where the One Water initiative has become a valued priority. BWSC has developed innovative programs to feature the importance of water as a precious resource.

A cornerstone of BWSC’s contemporary success remains the CIP, which directs a constant flow of dollars into systemic improvements.  From 2017 through 2019, BWSC will allocate at least $206.4 million for system enhancement and sustainability projects. There is funding for replacement and rehabilitation of water mains, sewer infrastructure improvements, stormwater management, and other initiatives both basic and innovative.

To date, CIP funded projects have helped modernize Boston’s water and sewer infrastructure, improving the quality of life for residents and making the city more attractive to companies. GE’s new global headquarters is located in Boston’s Seaport District, the neighborhood is a direct beneficiary of CIP improvements.

Contemporary CIP-funded projects, completed or underway, include: The Reserved Channel Sewer Separation Project (near new GE and Amazon headquarters), which resulted in 92 percent reduction annually of CSO discharge to Harbor; and, the Illegal Connection Remediation Program, which eliminated 1,528 illicit sewer connections to storm drains. Because of that project, 717,950 gallons of wastewater daily no longer enters the drainage systems and receiving waters.

In 2015, the comprehensive Waste Water and Storm Drainage System Facilities Final Report was issued. The Report featured an assessment of the BWSC’s systems and future needs as far out as next century.

Fulfilling a Report recommendation, the 2017 – 2019 CIP funds installation of new tidegates for drainage systems not currently protected. This is part of a long-range plan to protect the drainage system from predicted higher tides and storm surges. Citywide, BWSC is identifying ideal locations to install meters into systems to record how they respond to various storm events. These meters will result in more detailed measurements and data for analysis on how best to anticipate future weather and infrastructure variables. 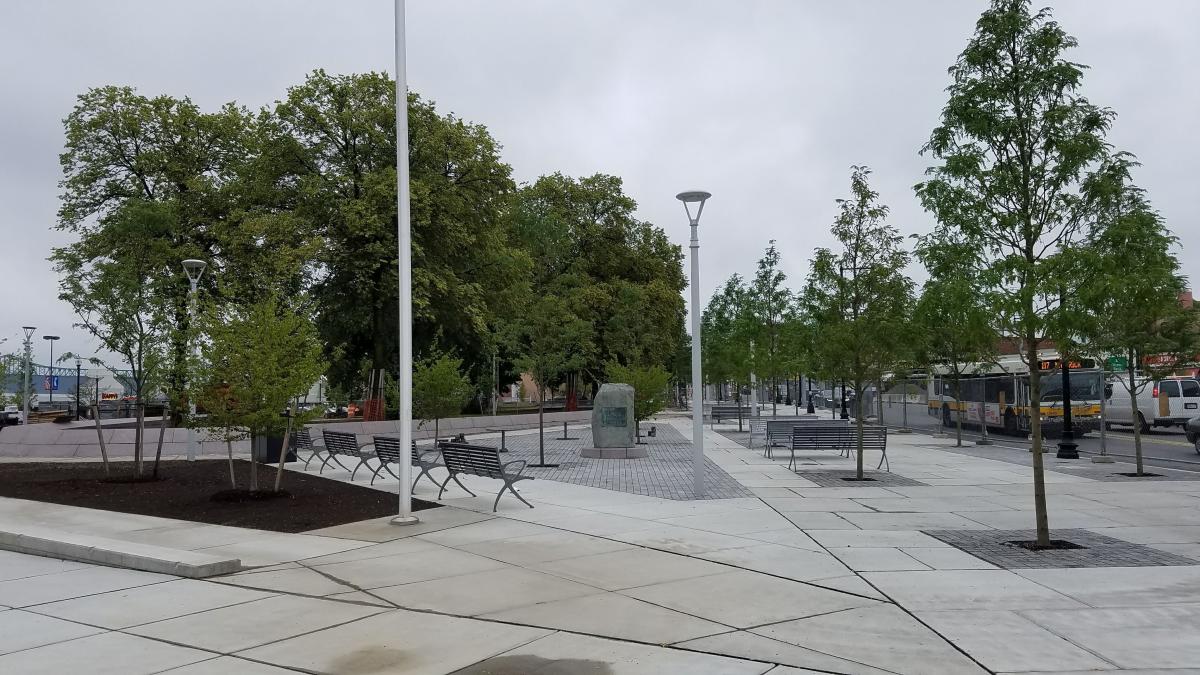 Keeping with a tradition of forward-thinking, BWSC is also leading the way in green infrastructure. Through the Green Infrastructure/Low Impact Development (GI/LID) initiative, BWSC is partnering with local organizations, including Boston Public Schools to provide environmental benefits and “teachable moments” to students and the community. This is the first collaborative effort of its kind nationally. Other projects through the GI/LID initiative within the city include renovations for City Hall, Central Square East Boston and Audubon Circle.

These achievements over the past 40 years serve as a testament to the One Water concept; teaching present and future generations the importance of collaborative efforts to preserve our environment.