Download a PDF of this One Water Spotlight here.

After years of decline, water supplies are making a comeback and aquifer levels are on the rise throughout the Albuquerque, N.M., metro area.

It’s an impressive achievement considering the locale.  Albuquerque, a 300-year-old desert community, sits at the crossroads of the arid Southwest.  With an average annual rainfall of a scant 9.5 inches, it is nestled in the heart of New Mexico – which boasts the lowest ratio of surface water to land area in all the United States.

Albuquerque may be a dry city, but it is blessed by the presence of an underground aquifer that served the community’s needs for many decades.  Experts once believed this subterranean reservoir was being continually replenished by a connection to the Rio Grande River.  But in the mid-‘90s new data showed something alarming: a depleted aquifer, being unsustainably exploited.  What was once thought to be a limitless water supply was suddenly revealed to be finite and under threat.

Back then, we were considered one of the biggest water-wasters in the West.

With a potential crisis looming, the local water and wastewater utility, the Albuquerque Bernalillo County Water Utility Authority, was tasked with ensuring a sustainable water supply for a thirsty town.

It responded by developing a proactive Water Resources Management Strategy supported by four main pillars: conservation, reuse, aquifer storage and recovery, and the San Juan-Chama Drinking Water Project.  And the results have been measurable.

According to CH2M's Greg Gates, the environmental engineer who co-authored the U.S. Bureau of Reclamation’s Colorado River Supply and Demand Study, monitoring wells show aquifer levels in places have risen by as much as 15 to 20 feet since 2008, and rising levels are projected to continue for another decade or so.  The result has been an increase in groundwater storage in the Water Authority’s service area by about one million acre-feet as compared to the mid-‘90s.

“When you think about it, it’s a big accomplishment,” said Gates.  “In 20 years, the Water Authority has saved ten years’ worth of supply.  They’ve been proactive, starting in the mid-‘90s, doing things that other communities are just starting to do today.” 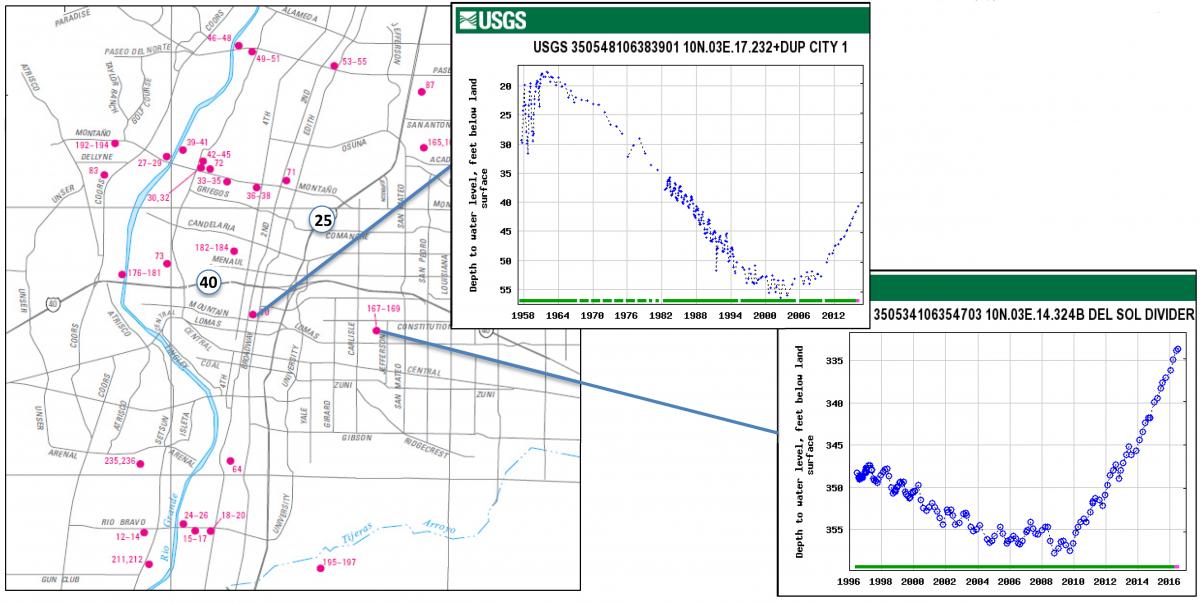 A Plan in Action

Conservation is a founding principle of the water strategy from an ecological and economic perspective.  “Back then, we were considered one of the biggest water-wasters in the West,” said John Stomp, the Water Authority’s Chief Operating Officer and one of the architects of the Water Resources Management Strategy.  “Our first response was to look to conservation, and the resulting program has been amazing, with the main thrust being incentives and education.”

The Water Authority allocates more than one million dollars per year for rebate programs incentivizing water-efficient appliances and xeriscaping.  The program subsidizes the use of native plants for gardens, paying up to $1.50 per square foot for the removal of landscape turf.

Part of this strategy is also about engaging the next generation as water stewards. The Water Authority has invested in a staff member to develop school-outreach programs and materials. Every year, virtually every fourth-grader in Albuquerque participates in a Water Authority-sponsored field trip to the Rio Grande to learn about the water cycle and the importance of conservation in the desert. 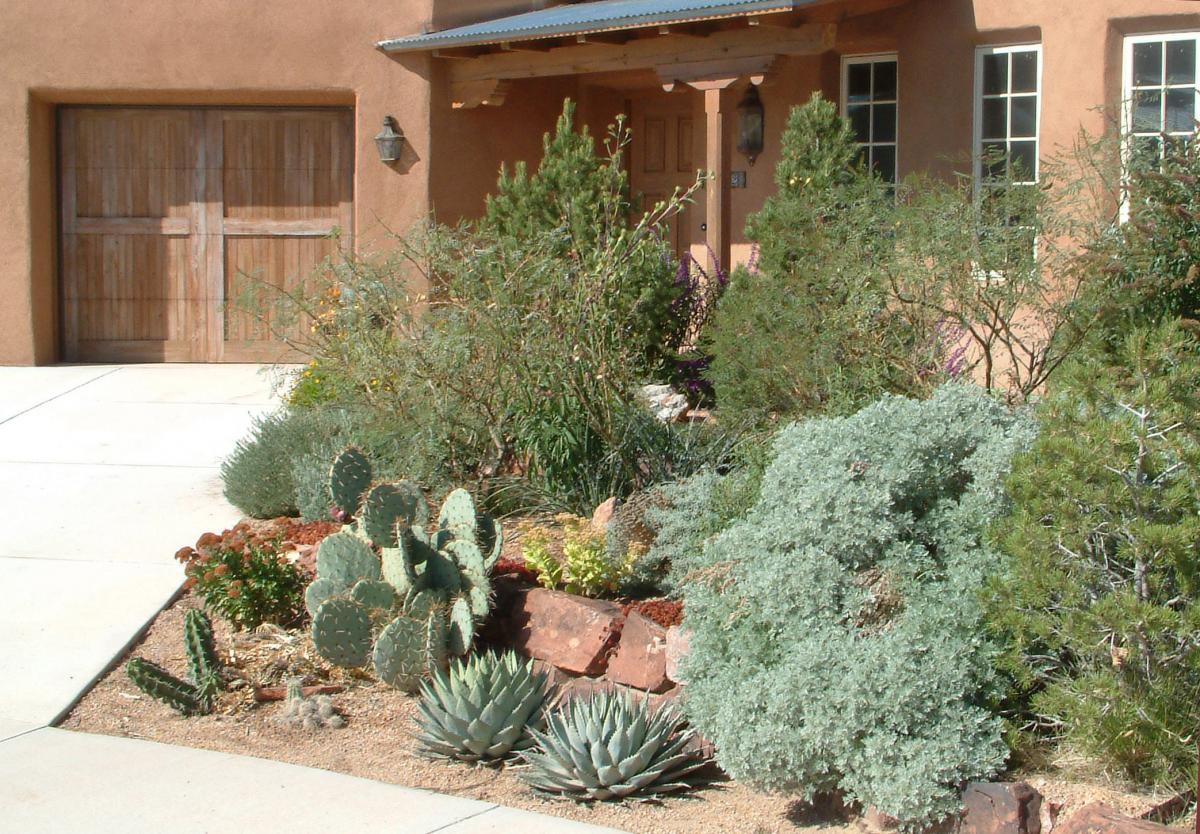 The Water Authority’s conservation rebate program provides incentives for the installation of water-smart appliances and xerisccapes, like the one shown here.  Conservation efforts have seen per capita water usage drop to 127 gallons per capita per day.

Conservation is one way of using water more efficiently and another way is to use water more than once by “polishing” wastewater and industrial effluent by finding non-potable ways to reuse it.  Water Authority reuse projects are now up and running in the city’s Northeast Heights, where industrial effluent is being treated and repurposed for parks and golf courses; and in Southeast Albuquerque, where reclaimed wastewater from the Water Authority’s sewage treatment plant is being delivered to irrigation customers.  Another reuse facility is planned for the city’s West Side and will be built in the next decade. 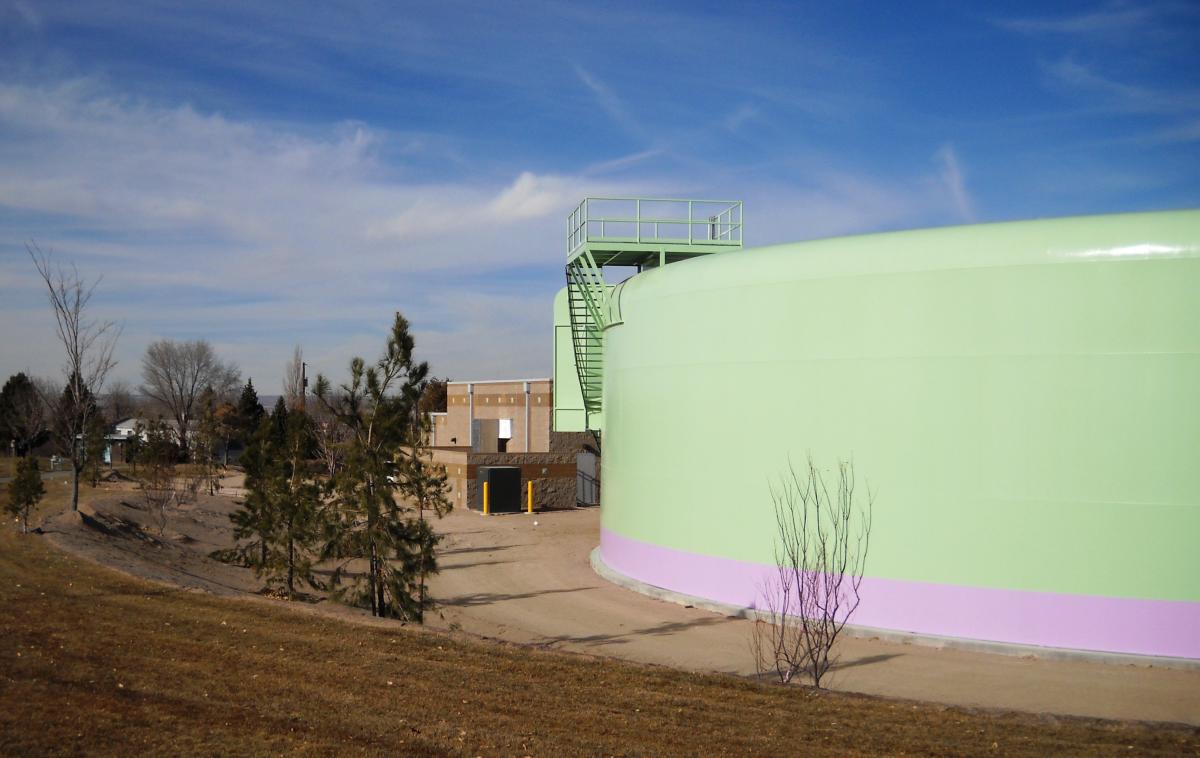 The strategy's third pillar is aquifer storage and recovery, which allows injection or infiltration of diverted river water into the aquifer where it can be kept, free from losses to evaporation, until it’s needed. 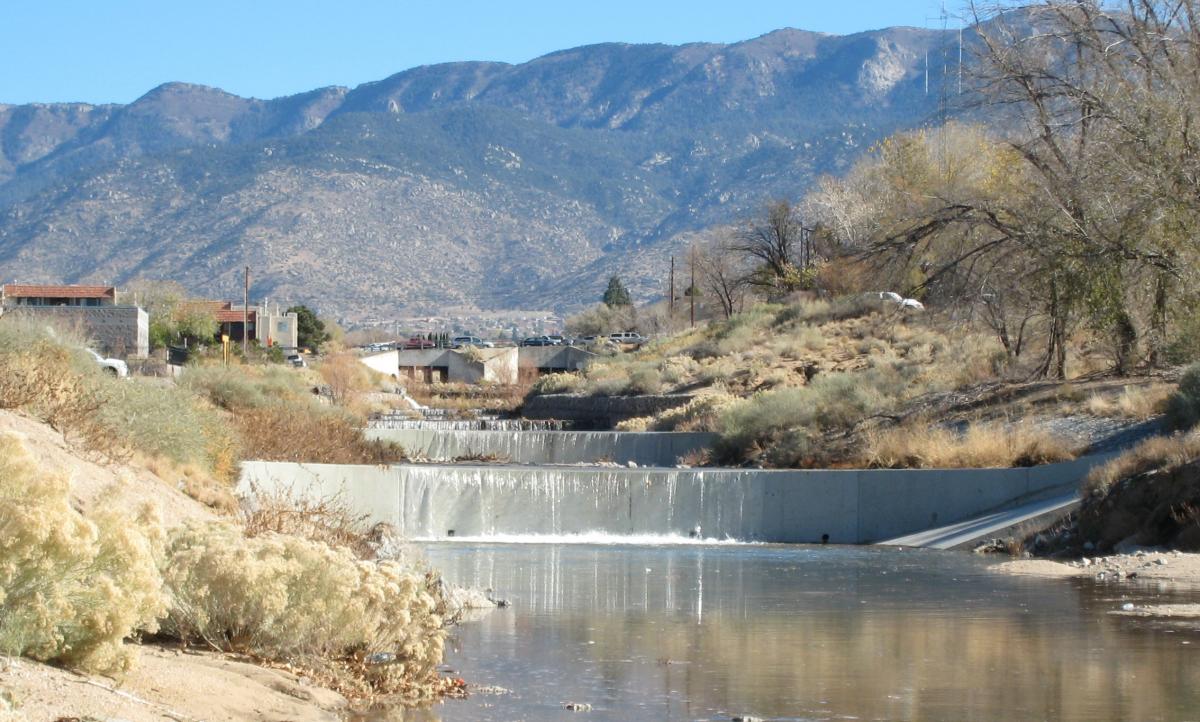 Imported San Juan-Chama water flows down the Bear Canyon Arroyo, from which it infiltrates into the underground aquifer for storage and later recovery.

The final pillar is the San Juan-Chama Drinking Water Project, which in 2008 allowed Albuquerque to drink treated surface water for the first time.  Prior to the project’s inception, Albuquerque relied solely on the underground aquifer for its drinking water needs.  Since 2008, the San Juan-Chama project has delivered more than 100 billion gallons of surface water for the community’s use.

This water, purchased in perpetuity from the Federal government and imported from southern Colorado under terms laid out in the 1960s, has been imported into the Rio Grande Basin since the early 1970s.  Making it part of the drinking water supply required years of environmental and legal reviews, community meetings and rulings from the State Engineer.  This was followed by construction of some $450 million in infrastructure, including a state-of-the art treatment plant and about 38 miles of underground pipeline.

“It was a tremendous amount of effort, but it has been worth it for the community,” said Trudy Jones, Albuquerque City Councilor and Chair of the Water Authority’s governing board.  “The project works in combination with other elements of our Water Resources Management Strategy to reduce aquifer pumping, and the water it has produced since 2008 represents more than three years’ worth of supply left in the aquifer.”

The updated strategy builds on the Water Authority’s past successes by continuing to prioritize conservation while adding storm-water capture to the utility’s supply portfolio and placing increased emphasis on re-use and watershed management.

“Planning now for the future improves our ability to deal effectively with contingencies such as drought,” said Mark Sanchez, the Water Authority’s Executive Director.  “And it vastly increases the likelihood that, in addition to providing water for ourselves, we’ll be able to provide for future generations.”