Students Write about Imagine a Day Without Water

This year, it wasn’t just wastewater professionals, city officials, and business leaders who participated in Imagine a Day Without Water—students around the country took our message to heart, too.

Pennsylvania American Water partnered with Washington Heights Elementary School to hold an essay contest for Imagine a Day Without Water. Three winners were selected, and were each awarded a reusable water bottle and a gift card to Barnes & Noble. 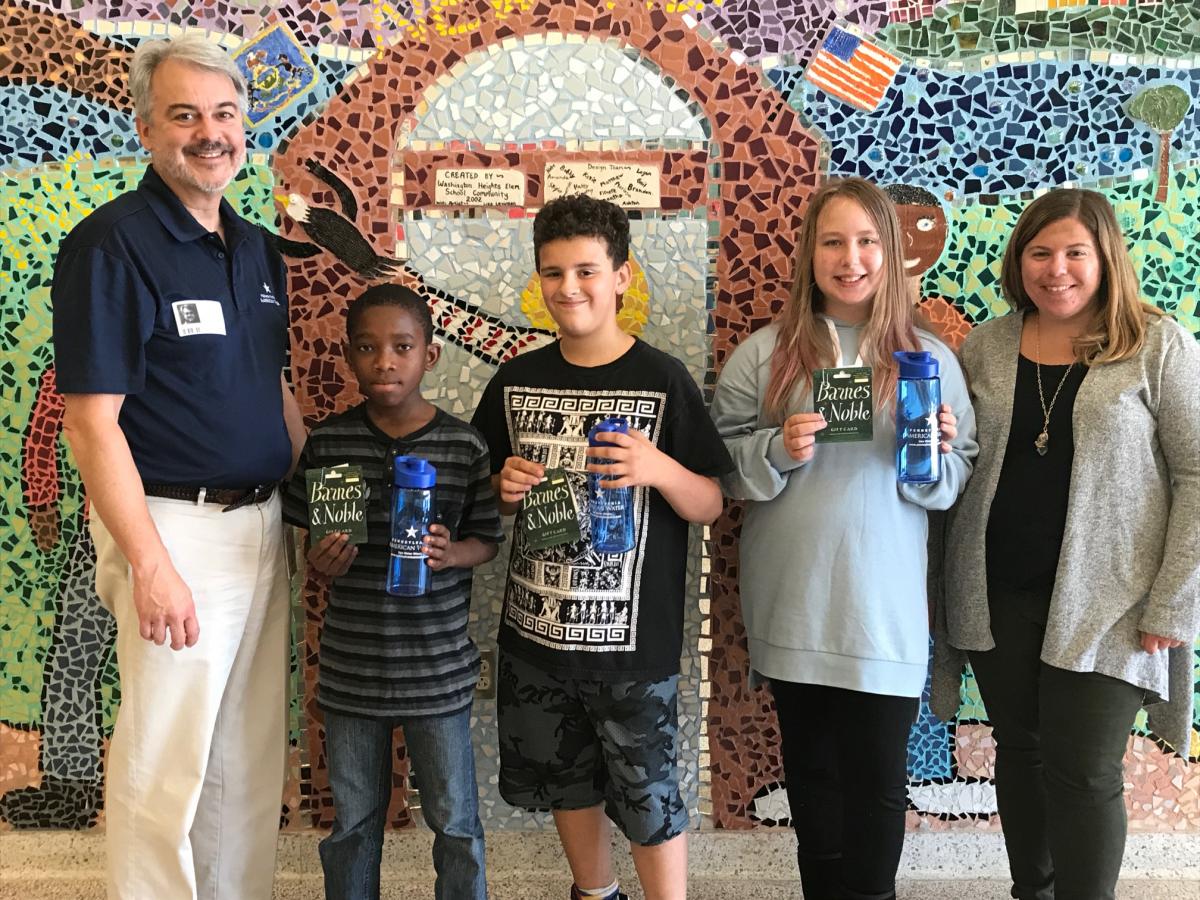 Scroll down to read the winning essays!

“Imagine a Day Without Water”

Essay by Elijah B.

Have you ever imagined a day without water? Well I have. First, you wouldn’t get to take a shower and if you don’t take a shower, you are going to stink. In addition, in the morning, you won’t get to brush your teeth and your teeth with stink. If you have a little brother or sister, they would be thirsty.

If you like playing sports outside like me, you would be dehydrated. Next, if it’s in the summer and you cut the grass, you would be dehydrated after you are done. Also, if we didn’t have water for a day, we would not get to water the plants and they could die. Then, if you go to the bathroom, you can’t flush because you don’t have water and your house will stink. You will also get frustrated when you think you have water when you don’t. Other kids won’t have that much fun because they need water balloons to pay and swim.

Those are all the reasons what would happen if there was no water for a day. So you should be thankful for water.

If I didn’t have water for a day, I would not be able to get a shower, brush my teeth or give my dog water. My mom couldn’t do dishes or really cook because you have to boil some foods. The day would be dry.

Could the cafeteria people still make food? How could the hospital help people, how could the firefighters put out fires? If there was no water for a day, boats would not sail. I wouldn’t be hydrated.

“A Day Without Water”

In a day without water the day would be very hard since the first thing you should do when you wake up is brush your teeth. Without water, you can’t do that since after you use the toothpaste you need to make it pliable.

The next reason is how would you wash your hands after the bathroom, which I won’t get into. For that reason, it’s very unsanitized.