As we approach Juneteenth this coming Saturday, June 19, 2021, I’m reflecting on the impact the holiday has had on me, how I’ve celebrated it through my work, and how our journey towards liberation continues. "Restoration: A Concert Film" was produced in collaboration with The Acres of Ancestry Initiative/Black Agrarian Fund. The trailer is available here, and the full documentary can be viewed by attending the film festivals below. 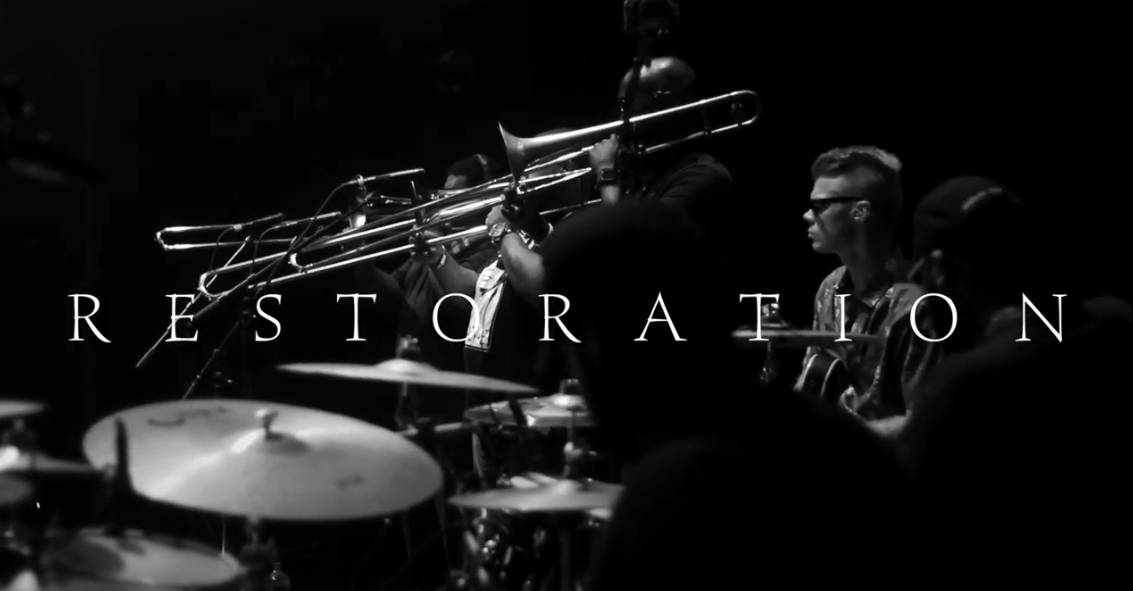 Greenwood Film Festival, June 12-14
Charlotte Black Film Festival, June 15-25
Indianapolis Black Documentary Film Festival, August 13-14
Throughout my twenties, I recall being on a journey to walk a path of purpose that honored my artistic expression, my passion, my love of self, and my love of Black people. This was a period of time where the realities of housing, wages, health, climate, interactions with police, etc., became increasingly and acutely significant to my everyday young adult life. For me, my creative work was an outlet to not only cope with the difficulties of that reality, but also to allow myself multiple ways in which to think and feel about it. It was during that time that I learned of Major General Granger’s arrival in Galveston, Texas on June 19th, 1865 and the announcement that all enslaved people were to be finally emancipated; what we celebrate as Juneteenth.
There are many things that continue to live within me and move me about Juneteenth. As Black people, we have endured so much and continue to endure. The way in which we have endured is also our story to tell. We deserve to not have the fullness of our existence reduced to racist tropes and mythical imaginings of white supremacy. For me, Juneteenth continues to deepen my understanding of the journey my people have been through in this country. Juneteenth also serves as a lighthouse that guides me to shores of inspiration, where I hope what I create serves my people and honors my ancestors. I’m also reflecting on those creations today.
My first album, Free Lunch, inspired by the Black Liberation movement of the 60s and The Survival Programs of The Black Panther Party, was released on Juneteenth, 2015. In hindsight, I think about how the release event for that album, held on Juneteenth in Charleston, SC became a space where young people could gather, express themselves, and literally “release,” as two days prior on June 17th, 2015, nine Black people were gunned down blocks away inside Emanuel AME Church.
A Water Album was recorded live on September 22nd, 2018 in the same city at Charleston Music Hall and released on Juneteenth, 2019. This occurred one week after Hurricane Florence, a hurricane three times the size of 1989’s Hurricane Hugo, suddenly turned away from a city that couldn’t begin to imagine the catastrophe that would’ve followed, especially for those who continue to be pushed to the margins. Those who look like I do.
In the midst of a global pandemic, discriminatory practices and the chasm of resources in the agricultural industry were illuminated once again by Black farmers who never ceased their organizing efforts in pursuit of justice. In collaboration with The Acres of Ancestry Initiative/Black Agrarian Fund and as a part of the “Cancel Pigford Debt Campaign” to cancel the outstanding debts of Black legacy farmers due to USDA discrimination, we filmed "Restoration: A Concert Film" at the beginning of June 2020 and debuted a virtual screening on Juneteenth, 2020. The film explores Black agrarian stories of self-determination and land ownership, and it weaves together live musical performances from Native Son and the personal narratives of Black legacy farmers and land stewards.
In all of those creative endeavors, the reality of our relationship to our environment and our experience in this country inspired artistic processes and offerings that allowed stories of Blackness to be told; stories that I hoped will serve my people and honor my ancestors; stories of determination, defiance, struggle, creativity, love, and joy. Those stories are experienced by us and can only be told by us. I think of Juneteenth in similar ways—a story experienced by our Black ancestors and commemorated by their descendants. For those who may be unsure of how to honor this day, I hope Juneteenth, 2021 will guide you away from shallow performances of solidarity and towards an increase of empathy, support, and resources that so rarely make their way to center stage. But even if it does not, I’m filled with so much joy knowing that my beautiful Black people will always be worthy of a standing ovation. Happy Juneteenth.