Louisville has a rich and textured history. It is the home of Muhammed Ali and the Kentucky Derby, the bourbon trail, and used to be home to a booming manufacturing industry, the city’s main source of jobs until the 1970s. Thousands of manufacturing jobs disappeared in the region over the last few decades, but Louisville has since experienced a revitalization.

The city’s wastewater agency, Louisville Metropolitan Sewer District (MSD), is a stormwater and flood protection agency, and is key to local economic development and labor growth. Through its water equity and workforce development initiatives, Louisville MSD is taking a proactive approach to job creation and economic growth throughout the city.

Louisville MSD is breaking ground on multiple utility projects to repair vital and aging water and sewer infrastructure. The agency’s wastewater projects create more than $1.2 billion in economic growth and revitalization throughout Louisville and Jefferson Counties. As the wastewater and stormwater provider for more than 600,000 residents throughout the county, Louisville MSD has a multi-year capital program that will create jobs and boost economic growth for the next 20 years.

While there are many opportunities to hire local workers for the capital projects at Louisville MSD, local contractors have expressed that they have seen a skills-void in the workforce. To help close that gap, Louisville MSD recently developed a web-based jobs portal to connect business owners working on MSD projects with job seekers. Branded as MSD JobLink, the portal launched in January 2018 at the utility’s third annual Can You Dig It, an event to inform the local contracting community about project opportunities.

“The goal of JobLink is to utilize local labor right here in Louisville and surrounding counties to work on projects resulting from our $4.3 billion Critical Repair & Reinvestment Plan,” said Louisville MSD Executive Director Tony Parrott. “This will provide much needed upgrades to our aging wastewater infrastructure system, which in turn helps grow the local economy. This 20-year program will create and sustain an estimated 3,000 local construction jobs annually, including carpenters, heavy equipment operators, and ironworkers.” 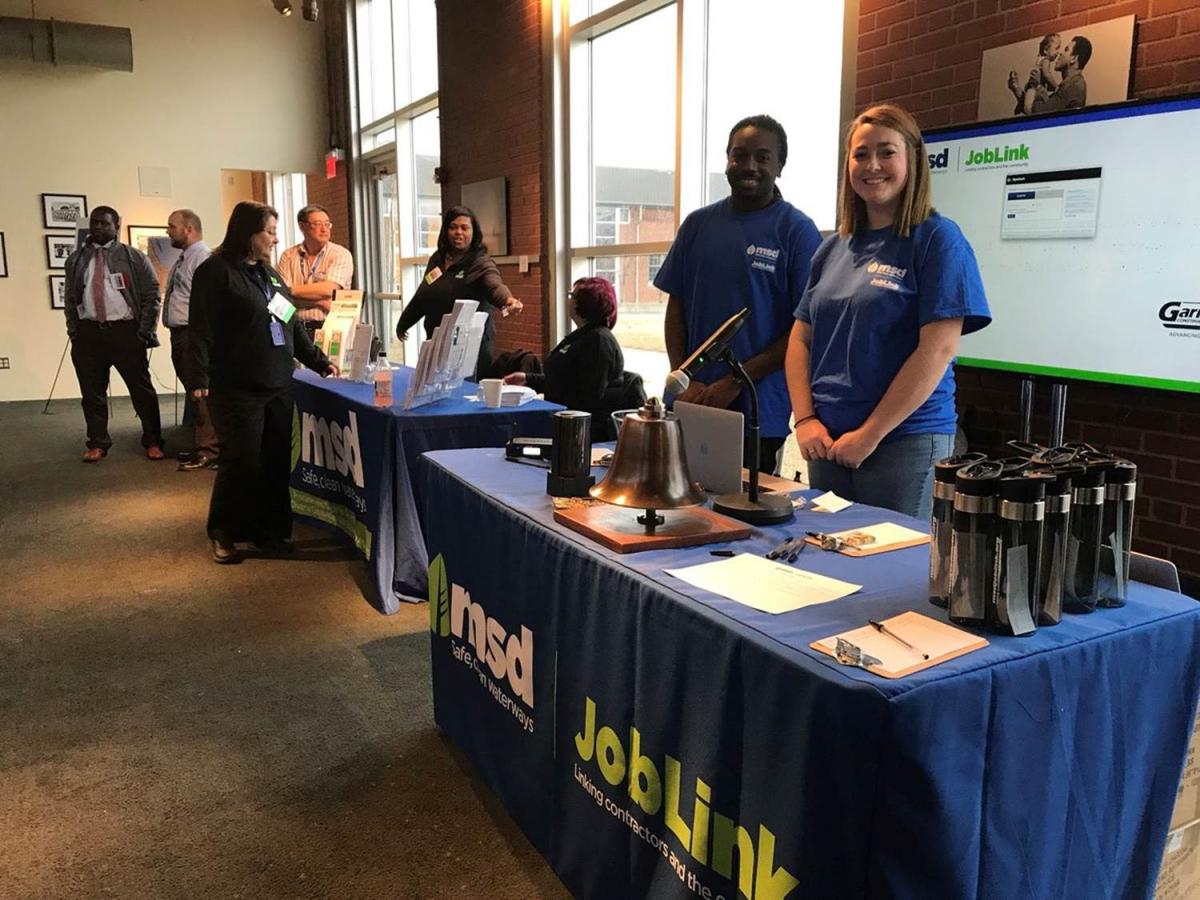 JobLink’s launch and exhibit at Louisville MSD’s 3rd Annual Can You Dig It community event in January 2018.

During just two months in service, JobLink has been well received by primes and subcontractors, as well as job seekers and local workforce development agencies like Kentuckiana Works. Michael Gritton, Executive Director of KW, is excited about the new opportunities JobLink will create.

“The KW board oversees about $12 million in investments each year and they lead to career centers where thousands of people walk through the door every year looking for help, ranging from filling out a resume to applying for jobs. We look forward to partnering with MSD to make sure our frontline careers staff know about these jobs.”  Louisville MSD is currently working with workforce agencies and contractors to upload jobs and qualifications of job seekers throughout the city, with the goal of supplying contractors with the necessary workforce and providing opportunities for those in need.

Louisville MSD works collectively with local labor unions, workforce development stakeholders, and contractors to maximize the use of local labor in its major capital investments. JobLink provides an opportunity for both primes and sub-contractors to pull willing and capable candidates directly from the communities in which it is working. Accordingly, workforce development agencies and labor unions can predict the training and job readiness programs needed to supplement Louisville MSD’s construction projects, and place potential candidates. The goal is to stimulate economic growth and revitalize distressed neighborhoods by putting people to work and giving them the resources they need. 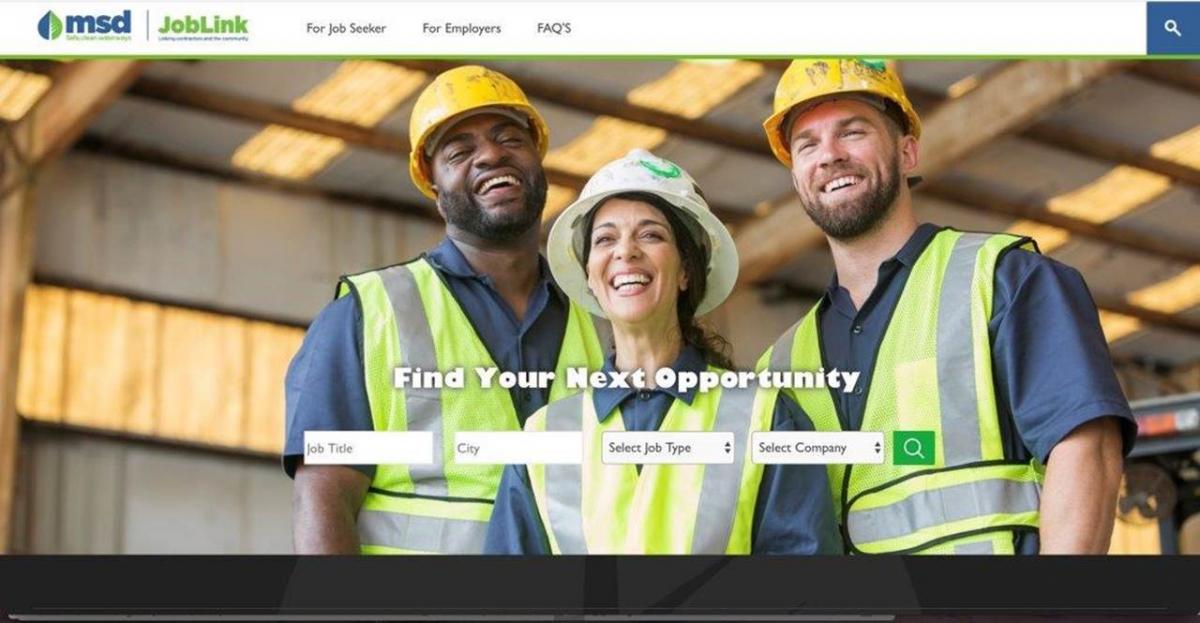 The City of Louisville Mayor Greg Fischer has endorsed this important tool, sharing his excitement about its benefits: “I’m excited about the JobLink program. It is fulfilling the basic need of ensuring we pair skilled workers with the right employers. That’s good for employees, good for workers and their families, and good for Louisville’s infrastructure.”

It is fulfilling the basic need of ensuring we pair skilled workers with the right employers. That’s good for employees, good for workers and their families, and good for Louisville’s infrastructure.

Louisville MSD is one of the largest economic engines in the community and supports an estimated 3,000 construction jobs annually. The utility invests in the local community by awarding more than $300 million in construction contracts in 2017 alone. Also recognizing the significant impact of repairing existing infrastructure, Louisville MSD has embarked on a $4.3 billion, 20-year Critical Repair and Reinvestment Plan. The economic impact in Louisville will be $5 billion and 3,700 jobs per year over two decades. Every dollar that Louisville MSD invests results in $2.62 for the local economy. This is in addition to the more than $900 million the utility is already spending to comply with federal Consent Decree requirements.

Louisville, like a lot of US cities, is facing a retirement wave, which both presents a challenge and an opportunity. More than 30 percent of water utility workers will be eligible for retirement in the next five years. Twelve percent of Louisville MSD’s workforce is eligible for retirement this year alone. In addition, vulnerable communities such as those in the West-End, Smoketown and Portland areas of the city are severely unemployed or underemployed. JobLink connects these residents to jobs in their communities.

The utility has also examined its projects for the next 5, 10, and 20 years to determine the necessary projects and skilled labor needed to perform the work. By doing so, Louisville MSD is able to identify the type of workforce and training needed to sustain its projects. These positions are a mix of entry-level roles such as laborers and heavy equipment operators, and more skilled roles such as electricians and plumbers.

Louisville Urban League CEO Sadiqa Reynolds shared the importance of disadvantaged communities having access to these kinds of opportunities: “What people need are wages that not only help them live and survive, but to thrive. These utility opportunities are just that.” 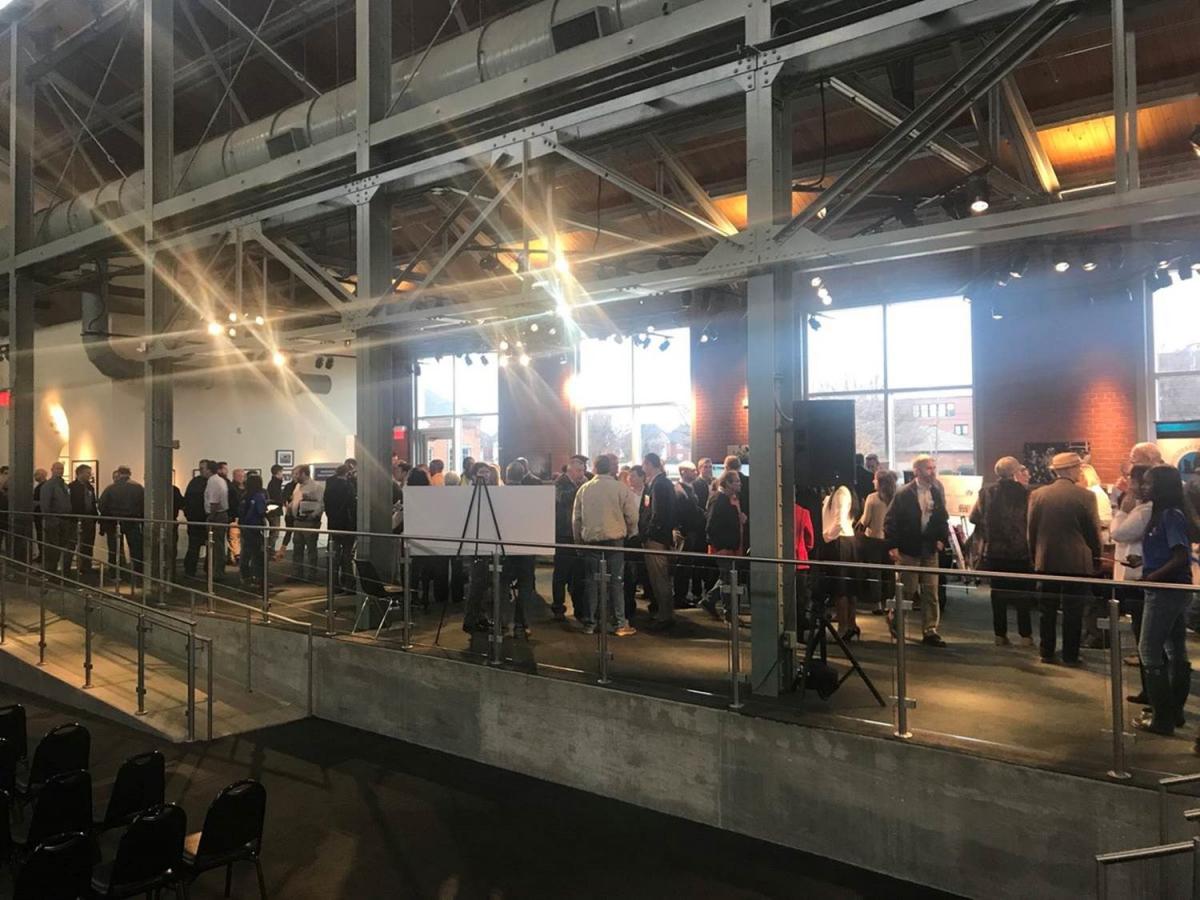 A blend of utility representatives, contractors, primes, and small and minority-owned businesses at Louisville MSD’s Third Annual Can You Dig It community event.

“I’m excited that Louisville MSD has chosen to pair the local workforce with contractors. It demonstrates MSD’s desire to see their community succeed,” said Eric Meister, Vice President of Ulliman & Schutte Construction, LLC. Ulliman & Schutte is the contractor on MSD’s Southwestern Basin Project, a $60 million project in Shawnee Park in the West-end area of the city. Out of 148 workers hired from a five-county area, nearly 10 live in the West-end. These are the kinds of results Louisville MSD wants to see increased in the communities it serves.

As the demographics of the Louisville/Jefferson County Metropolitan area and surrounding Kentucky neighborhoods continue to change, a focus on diversity and inclusions in the workforce has been and will continue to be key in driving growth and prosperity in Louisville. Louisville MSD is committed to this work and partnering with local stakeholders to promote growth and stability in the community.

Reynolds appreciates MSD’s commitment. “I’m proud of my community for having this conversation and for having so many utilities around the table to talk about how we can invest in people who deserve to be invested in.”