The Cleveland Water surge tank along the West Shoreway has been transformed into a dramatic addition to Cleveland’s public art scene. The culmination of almost two years of planning by Cleveland Water and LAND studio, the mural, titled “Walking on Water,” was completed by world-renowned artist Sam3 earlier this week. [Originally published 10/17/18] 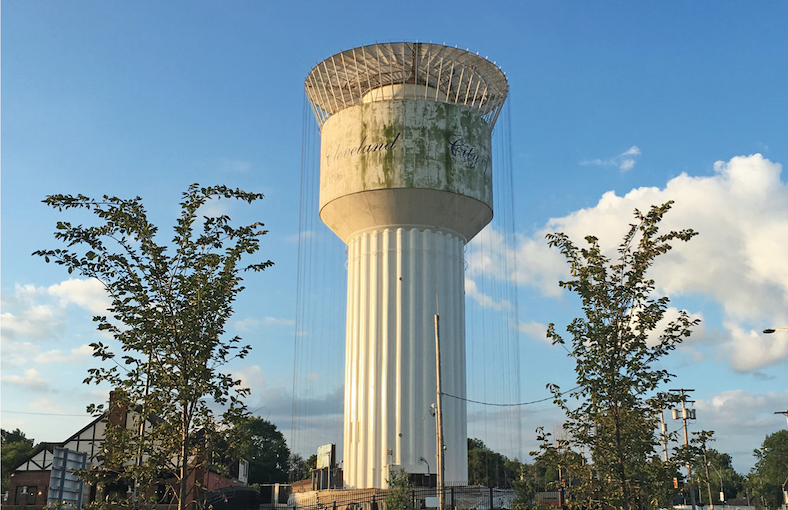 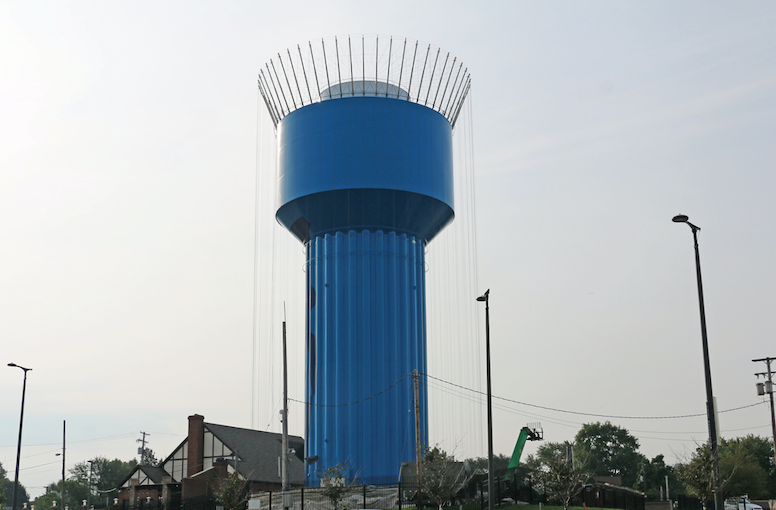 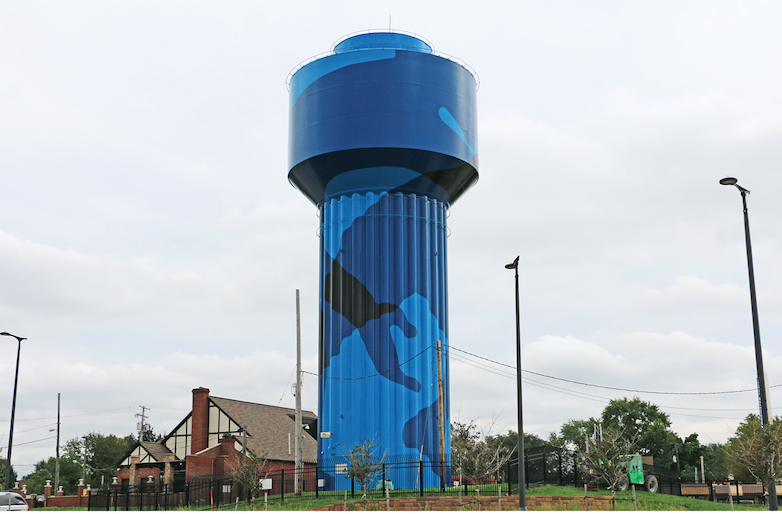 “The City of Cleveland has invested heavily in public art to help revitalize neighborhoods, create a sense of place and promote investment in our City,” said Mayor Frank G. Jackson. “The Garrett A. Morgan Surge Tank art installation is a great addition to our City’s skyline that residents and visitors alike will be able to enjoy for years to come.”
Installing the artwork was a complicated process and part of a larger Cleveland Water maintenance project that was already scheduled for the tank. The Morgan Surge Tank, built in 1978, is part of the infrastructure Cleveland Water uses to deliver a reliable supply of safe drinking water. After two decades of exposure to harsh weather and environmental conditions, the tank was due to be repainted.
An opportunity presented itself to leverage the already planned $250,000 capital investment into a community benefit when an anonymous donor looking to fund a major public artwork in Cleveland reached out to LAND studio.
“When LAND contacted us about the possibility of a mural, it seemed like the perfect way to creatively integrate our infrastructure into the community,” said Jason Wood, Chief of Public Affairs for the City of Cleveland Department of Public Utilities. “At the same time, highlighting the tank in this way creates awareness about the value of drinking water and our water resources.”
A community advisory committee selected Sam3 from a diverse group of qualified artists. His design concept is based on community input as well inspiration from the Greek philosopher Heraclitus’ quote, “No man ever steps in the same river twice.”
Through a bid process, Cleveland Water hired D&M Contracting to perform the initial tank maintenance and cleaning. Sam3, assisted by talented local artist Alan Giberson, completed the mural over several weeks.
View Surge Tank Mural Photo Gallery 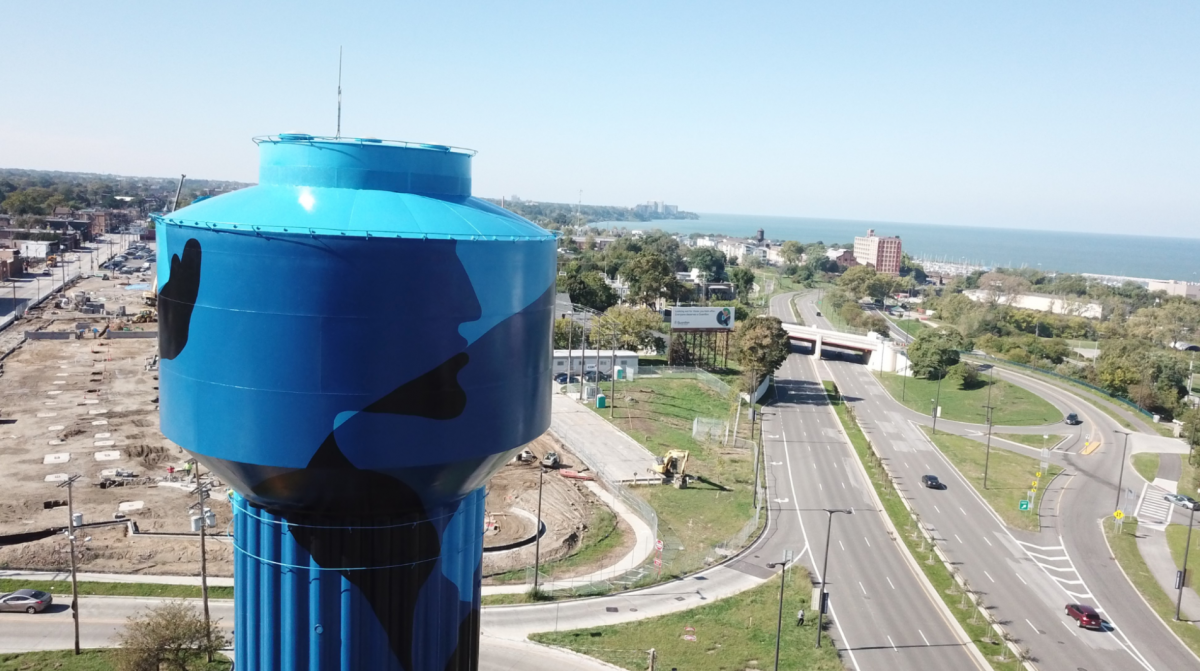 This post originally appeared on Cleveland Water's site on 10/17/18.